Why Be a BaQapp Reseller or Consultant?

BaQapp is a product that almost sells itself, when the user realises the value of vaulted backup.

There are generous margins to be made by resellers and consultants.

The BaQapp monitoring service reports on the backups and can send reports directly to the reseller or consultant, so that you can take preventative action and offer clients exceptional service.

BaQapp maintains current image backups, which makes restoration of a PC from ransomware or drive failure complete and fast. Although users with a some knowledge will be able to restore, in many cases this will be done by the consultant.

BaQappx64 that runs on most Intel compatible x64 processors requires a bit of know-how, mainly to be able to configure to run Linux. BaQapp Pty Ltd believes that this is best done knowing the user's needs by a consultant.

BaQapp is currently supplied with free upgrades to 2021, and is regularly adding new features.

Resellers are invited to fill out the following form to request details of our reseller pricing and dealer support.

BaQappServer with extra processing power that runs on x64 processors is only available to authorised resellers because it requires BaQapp training and familiarity with both Linux and Windows. Note that all fields are required.

The BaQapp story started in 1985, when ComputerWave Pty Ltd, one of the world's first computer stores, started by Bernhard Kirschner, offered a tape backup and Virus Buster service for client's computers. A ComputerWave technician would come to client's offices, attach a SCSI Exabyte tape backup unit to their computers, mostly Macintosh, and copy all the data to 8mm tape, which would then be stored securely offsite.

When Bernhard saw the first CD burner in 1992 at a trade show, he saw that backing up to CD was superior to tape. He flew to the USA to bring back one of the first desktop CD burners to start CD-ROM Services Pty Ltd (at cost of over $15,000, that would now cost just $25.00).

CD-ROM Services and its associate company YesVideo operate a large number of computers to duplicate discs and convert videos. With so much time spent rebuilding operating systems, the technicians under James Brough became very adept at restoring disc images.

After Bernhard carelessly drove over his computer at a very critical time, losing valuable current data because he had not got around to making a recent backup, he asked his technicians to help him find an affordable system that would ensure that this would never happen again.

The essential features were that it must make image backups to enable a full system restore to just before any loss, that the backup would report if any backups were missed, that setup must be simple and automatic, that there be an offsite backup, and that the cost must be low enough for a single user.

They found the superior backup system in open source UrBackup, created by Martin Raiber in Germany, which includes amongst its many users the US Government's National Institute of Science and Technology. Bernhard and James contacted Martin, who agreed on a joint development, and by working together they added features to create BaQapp, which ticks all the boxes, plus a lot more.

BaQapp is disruptive technology because of is ability to backup unlimited endpoints at a very low fixed cost,working on low cost ARM devices and virtual machines, keeping hardware costs down, that protects against ransomware by vaulting backups, that offers monitoring of the backup device ensuring that missed backups are reported, and that offers professional features like simple cloning for offsite storage, encryption, deduplication, compression, error correction and more.

This makes BaQapp the Enterprise Grade backup system for everyone.

Bernhard has a long and successful history of founding successful businesses using the application of new technologies.

Why get involved in Backup Software?

"Running late for meeting, no keys to open car boot for bag, put bag down behind car, rush back with keys, jump into the car and reverse over bag - with computer inside. I had a backup drive on my desk, but I had not backed up for months. It was not the first time that I had lost valuable data, so together with James Brough we looked for backup software that would ensure it would never happen to me again."
Says Bernhard Kirschner:

The specs were low cost without extra charge for additional endpoints or seats, easy to use, independent email reminder monitoring so no forgotten backups, image backup to recover the whole drive even settings, incremental for speed and minimum storage, archiving of old data, malware protection, encryption and all the other obvious backup features.

We were surprised that nothing existed that satisfied our criteria, with the best being UrBackup, a highly regarded open source backup solution used in about 5,000 networks worldwide.

We contacted the UrBackup developer Martin Raiber and together simplified installation and added features making what we believe is not only the best backup solution but one that is affordable by all.

I have always believed that if I felt a need, so would others, so we started BaQapp Pty Ltd, the backup

Bernhard trained as an accountant, then in 1962 as a computer programmer. He then designed, built and patented an envelope inserting machine, using new techniques such as transistor controls and sensors, Teflon bearings and plastic gears. In 1964 Bernhard started Copystat Pty Ltd in Johannesburg, probably the first Instant Print Service in the world, using Xerox copiers, which is still operating successfully in South Africa.

Immigrating to Australia in 1977 he started Printers Devil and Sprinting print shops 1977, both of which still operate, although under Kwik Kopy and Snap banners.

In 1981 he started ComputerWave Pty Ltd, the first personal computer store aimed at the home and small business market in the Myer store Sydney. In 1986 he established Dashing North Sydney which still operating successfully with almost 100 staff and a turnover of about $30 million per year. He was responsible for introducing Desktop Publishing to both the Dashing group and many printers and graphic designers. From 1985 until 1992 ComputerWave offered an onsite tape backup service and virus removal service where ComputerWave staff would go to client´s premises and copy the contents of their hard drives to high speed magnetic tape.

In 2001 Bernhard Kirschner started and is president of the International Disc Duplication Association, IDDA) which is the organisation representing disc duplicators worldwide. The IDDA with about 250 members,has organised trade shows and conferences in LA, Las Vegas, San Jose, Miami, Amsterdam, Madrid and Hong Kong.

In 2002 Bernhard opened the Australian franchise of YesVideo, which transfers film and tape to DVD. in 2005, Bernhard started the first home study Sleep Apnea testing service.

James joined CD-ROM Services Pty Ltd in 1994 as a technician and sales representative specialising in training and installing Internet Applications in client´s computers.

James Brough is an innovator with a passion for solving problems with the perfect blend of software and hardware engineering.

James was an early expert in installing and using internet software. James designed and built customised CD duplicating towers for CD-ROM Services, which enabled CD-ROM Services to duplicate discs at lower cost than its competitors. Over the years James developed specialised hardware and software for new technologies for CD-ROM services.

Amongst these was technology that could backup a collection of CD music to hard drive, either in native WAV format or as MP3. The Copyright Amendment Act was expected to make this service legal, but although it permitted transferring copyright material from one format to another, it specifically forbade charging for the service.

James also developed the Xcard Duplicator, with software and simple instructions on how to build hardware that automatically loaded data to multiple USB drives simultaneously. This software has been sold to duplicators worldwide.

James developed the software for the Discs on Demand service, where all TV programs could be recorded on hard drives. Together with specialized software, customers could order a DVD of any TV program which would be duplicated and posted within 24 hours at a cost of less than $10.00, with half the sales price going to the TV station. The TV stations loved the concept, but copyright arrangements prevented most programs being distributed customised on DVD.

James has been investigating and developing backup solutions for the multiple computers used by CD-ROM Services Pty Ltd and YesVideo Pty Ltd for at least 10 years, trying to find the perfect system that ticked all the boxes described at https://www.baqapp.com.au/index.php.

The falling price of large capacity hard drives and processors has made the BaQapp backup solution very attractive.

Martin Raiber is known world wide as the creator of UrBackup, which is used in about 5,000 networks worldwide, and has been translated by enthusiastic users into over a dozen languages. 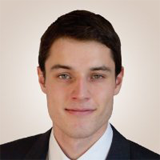 Martin is a programmer who lives in Munich, Germany working for technology partners GmbH, with expertise in bank security systems.
In 2006, Martin won an annual award under the category of "Best Experimental software" from the German Science Foundation for "Insight Chemistry", a virtual molecular building program, where the improvised models can be divided into three dimensional view to rotate, drag and zoom.

His father is a Professor of Physic and Radiation Measurement and his mother is a pharmacist, lecturer and viola virtuoso.

Martin has been developing the UrBackup program, written in C++ since 2010 as a Linux and Windows Open Source program, used in about 5,000 servers and 50,000 computers using the software. UrBackup is a NAS (Network Attached Service) application that can back up a theoretically unlimited number of computers to hard drive(s), giving both incremental and full file backups as well as incremental and full image backups.

Andrew Host joined CD-ROM Services Pty Ltd in 1998 as an audio engineer, sales representative and store manager. Andrew is an expert at transferring and preserving old recordings to digital format.

This software enables even a junior operator to prepare quotes automatically, control production, prepare invoices, orders, record time sheets and much more. This database contributed to CD-ROM Services Pty Ltd success. Andrew has interfaced the YesVideo production system into this database which controls the computers converting tapes and films to DVD, which then automatically burns the DVD, prints the disc label, and produces the case cover.